Book about Elon Musk “Tesla Motors”, what startups can learn 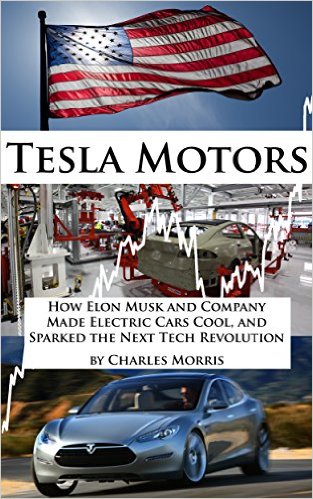 Book about Elon Musk “Tesla Motors”, what startups can learn

Learning from the amazing person of our time such as Elon Musk, entrepreneur and tech-savvy, who revolutionize the space and the land in just 10+ years.

This post is a summary of very interesting book

Tesla Motors: How Elon Musk and Company Made Electric Cars Cool, and Sparked the Next Tech Revolution.

This book has been a real pleasure to read. Being a big fan of Tesla and Elon Musk, i started to read this book almost a year ago. Charles Morris has done excellent job, This book is very comprehensive and a must read. Really surprised by the detail and the depth of research that the authos has put in, while writing this book

From Startup to 27$ Billion Business

In its twelve years of existence, Tesla Motors has made a number of remarkable achievements. It has produced a car that some of the industry’s most influential voices have called the best on the market.

The performance of the Tesla Model S equals that of the most venerated luxury sedans, and it happens to use no gasoline.

The company has established itself, and actually turned a profit, in an industry that, to say the least, does not welcome startups.

Tesla’s much larger rivals, some of which have already begun to incorporate the Silicon Valley startup’s best ideas into their own new vehicles, and intend to muscle their way into the market that Tesla has practically created. 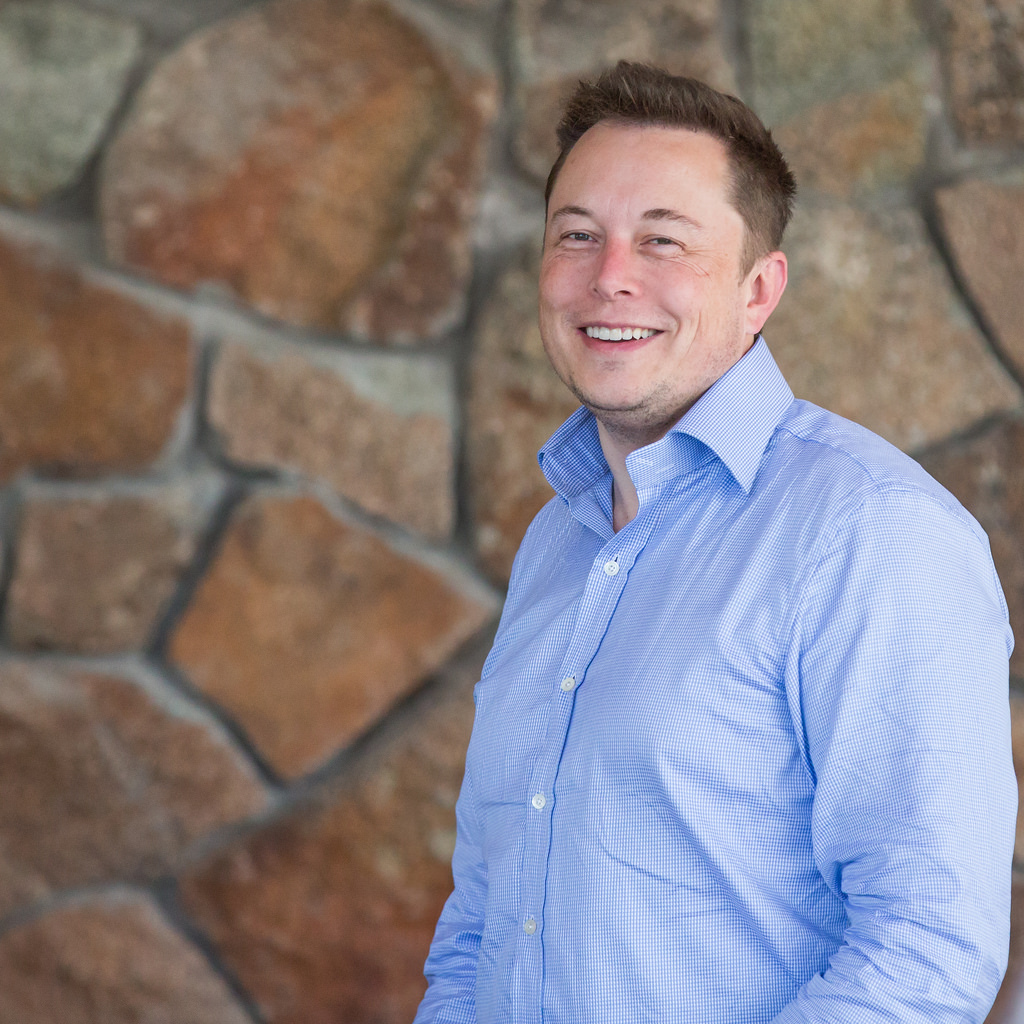 Two experienced entrepreneurs, Martin Eberhard and Marc Tarpenning, founded Tesla Motors in 2003. Elon Musk, a charismatic immigrant to the US from South Africa, soon joined the company as Chairman of the Board.

An idealist who wants to change the world, not just get rich; a man with big plans and a burning impatience to see them realized

The startup’s goal was to build automobiles powered by electricity, not gasoline. It was not a new idea — electric cars were common in the auto industry’s early years — but it was a timely one, as advances in lithium-ion technology were just beginning to enable batteries powerful and light enough to build cars that could rival the performance of gas-powered models.

Both startups and established automakers had tried and failed to build a viable electric vehicle (EV) many times.

They had a brilliant idea: instead of building a sensible, money-saving car, they would build a sexy, sporty little racer.

The undisputed quality of those products owes much to a long series of wise technological decisions along the way. Some of these seemed daring (or foolhardy) at the time they were made, but later proved to be selling points against Tesla’s competitors.

Tesla’s decision to use standard laptop-style batteries to power its cars sounds like a hack that might have been thought up in a college dorm room. However, it means that Tesla will never have problems securing a supply of batteries. Most other EVs use highly-specialized, large-format battery cells that could be hard to obtain if a battery maker goes out of business (a not infrequent occurrence).

It worked. Twelve years later, the Roadster has been honorably retired, and the company’s second car, Model S, has earned just about every award and rave review the automotive world has to offer.

The company has declared a profit and is going full speed ahead with its plans for another model, and another.

Tesla’s decision to design Model S “from the ground up” as an electric vehicle, rather than adapting an existing gas-powered model as most other companies have done (and as Tesla did with the Roadster), has given it several advantages over other current EVs.

The battery pack in Model S is flat, and sits at the bottom of the chassis, which gives the car a low center of gravity and greatly improves handling and safety.

It also frees up a lot of space for passengers and cargo, which is a sore point with most other EVs.

That bulky battery has to go somewhere, and most EV makers have resorted to awkward compromises, usually sacrificing trunk space, as many auto reviewers have noted. Model S, on the other hand, has more cargo space than a comparable gas vehicle.

In the business realm, Tesla has done amazing things. It turned a profit after only 10 years in business, an impressive feat for any startup, and an unheard-of one in the automotive industry.

Many a company has been started on the basis of a truly impressive technology, but failed in the business arena. Tesla’s leaders, however, have displayed impressive business and financial skills from the beginning.

“Any new technology needs at least three major iterations to get to the mass market,” said Musk.

The third-generation vehicle, slated to hit the market in 2017 or so, will be “half the price of Model S,” and have a range of about 200 miles.

Many writers have called Musk a marketing genius, but that seems to be news to the man himself.

In several interviews, Musk has said that he rarely thinks about marketing, and that if you build a truly revolutionary product, the marketing will take care of itself.

To date, Tesla has done almost no traditional advertising, and has little in the way of a marketing department.

It has had no need to reach out to the press — the press has been knocking at its door from the beginning.

However, Tesla’s self-selling vehicles have triggered something much more profound than any media buzz or viral campaign — they’ve created what pundits call a paradigm shift, an entirely new way of looking at a product. Tweet

Tesla’s success has been built on changing the way people perceive electric vehicles. Pre-Tesla, if the Average Joe thought about EVs at all, his image would have been … impractical plastic golf cart suitable only for hairy granola-munchers.

Marketing Strategy With a Spin

If the people driving your cars are movie stars and Silicon Valley high rollers, and if they’re driving the cars to the trendiest parties — “ She does 0 to 60 in 3.9 seconds… uh, I forget how much gas it saves” — now that’s an image that can move some metal.

From the very beginning, Tesla’s creations have gotten many times more press coverage than other EVs 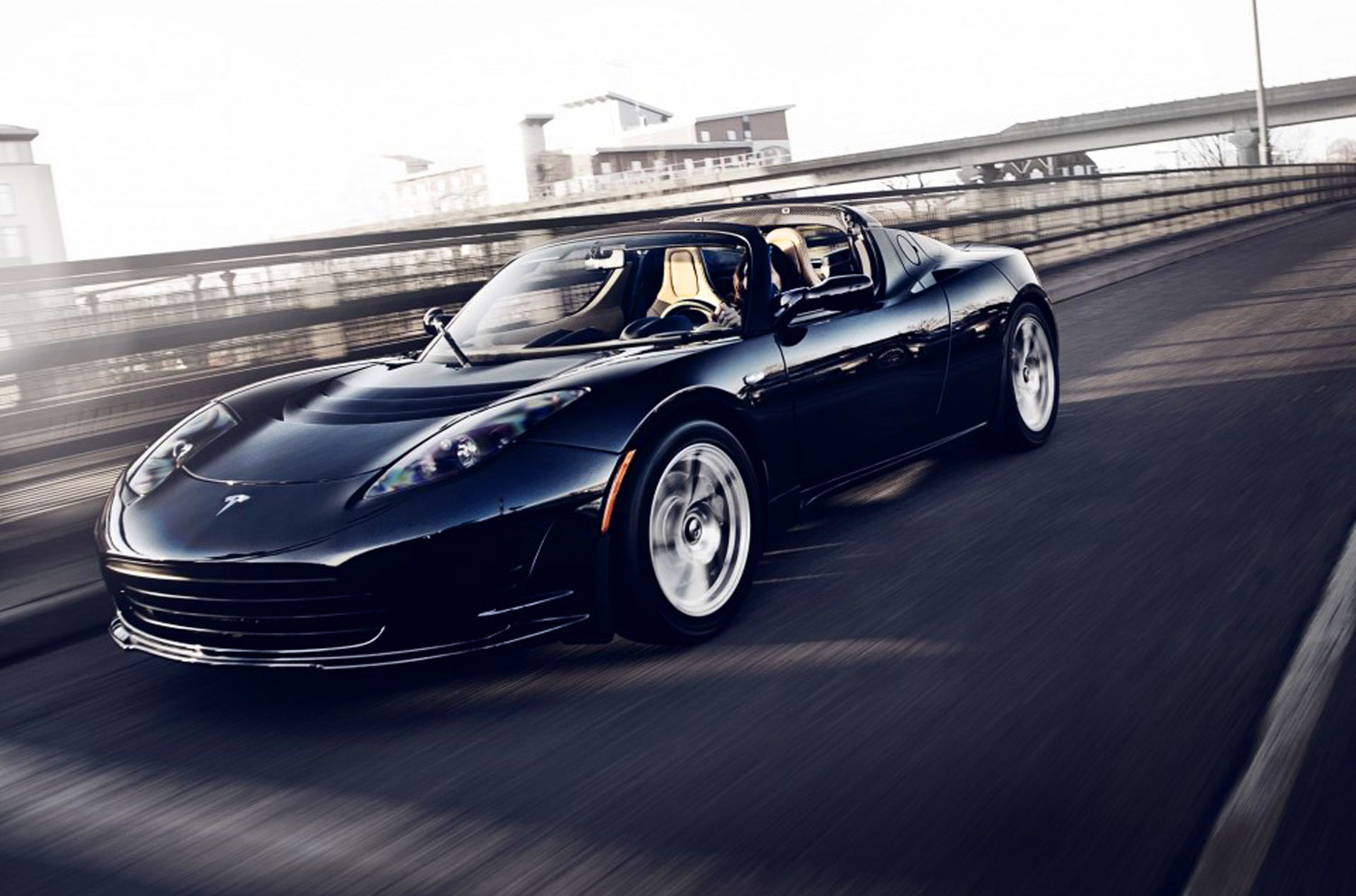 In mid-2012, Tesla began to gather momentum. In June, it began deliveries of its second model, in itself a miraculous feat that has eluded many a would-be automaker.

The company had been taking advance deposits on Model S since 2009, and had a backlog of orders that would take a year or more to work through at the initial rate of production.

That sounds like a good problem to have, and it is, but it pointed to the next big test for Tesla, one that many a promising young company has failed. Tweet

Could it ramp up production quickly enough? If the company couldn’t deliver its cars to buyers in a reasonable time frame, its reputation would collapse.

Just as important, it needed to start collecting some cash to pay the bills from developing the car and building its manufacturing infrastructure. Once again, the Silicon Valley standard-bearer came through.

In January 2013, it announced that the Model S production line had reached its stated goal of 20,000 vehicles per year.

The Best Car Review Ever

Tesla was not the only startup with visions of producing EVs for the mass market. In the early 2000s, a handful of other companies strapped on their armor to have a go at the electric windmills. Three of them got pretty far down the road before they crashed and burned, and have been the subject of quite a few “why Tesla succeeded where they failed” articles.

California-based car maker Aptera Motors was founded in 2005
Raised around $ 40 million from private investors
Built a few prototypes of an aerodynamic vehicle
Designed the appearance to be too “futuristic,”
Some, believe that such outlandish-looking vehicles have no chance of widespread sales.

The company had come around to this view towards the end. It tried to secure a $ 150 million-dollar loan to finance the development of a more conventional-looking five-passenger, mid-size electric sedan, but was unable to line up the necessary matching funds.

Coda, another Southern California startup that was founded in 2009, seems to have had the opposite problem.

Its electric sedan, which it began producing in November 2011, was by most accounts a decent vehicle, with an EPA-certified 88-mile range and a $ 37,250 price tag, which compared favorably to other EVs on the market at that time.

The company had a flair for clever marketing stunts — it once converted a local gas station to a “grass station” for a day. Tweet

More trouble came courtesy of the National Highway Transportation Safety Administration, which forced the Coda sedan to be recalled to fix some faulty air bags, and gave it a less-than-stellar four-star safety rating after a crash test.
In May 2013, Coda filed for Chapter 11 bankruptcy, and became embroiled in lawsuits with former suppliers.

The story of Fisker Automotive, which intersected with Tesla’s at several points, is truly tragic.

In 2007, Tesla awarded Fisker Coachbuild a contract to design an electric sedan that was given the internal code name WhiteStar. Tweet

Later that same year, Fisker Coachbuild became Fisker Automotive, and set out to produce its own electrified performance car, which was called the Karma.

The Tesla team believed that Fisker did so using stolen trade secrets, and it sued Fisker in 2008. Later that year, an arbitrator ruled against Tesla, which had to pay Fisker $ 1.14 million in costs.

In 2010, Fisker made an agreement with the Finnish company Valmet Oy to assemble Karmas in Finland. Tweet

In late 2011, the US presidential election campaign shifted into high gear. On the eve of the election, ABC’s Nightline ran a now-it-can-be-told story that got spun from left to right like a ball in a pinball machine. The storyline was that Fisker used taxpayer dollars to create jobs in Finland.

Fisker is still recovering from its troubled past, they decided to scrap the car business and focus on electric battery.

There is no stopping for Musk, they recently announce

Most of the text is taken directly from the book, with some changes to fit well with the context.

Since this is just a short summary of an extremely interesting book about Elon Musk, hope after reading the summary of this book, you will be encouraged enough to buy and read the full book.

Buy it at amazon, kindle version is just 8 $. Plus this book received the extremely high rating and excellent comments. 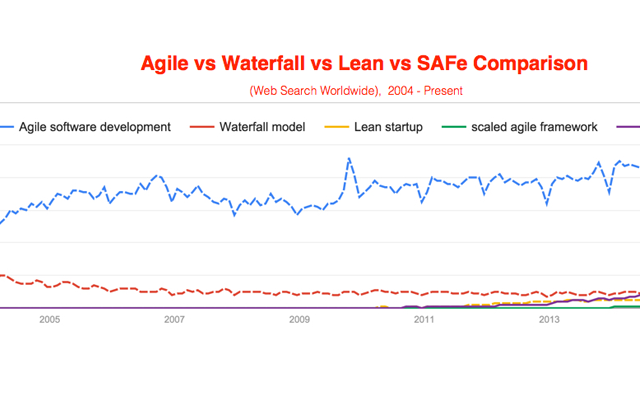 What is scrum in agile methodology 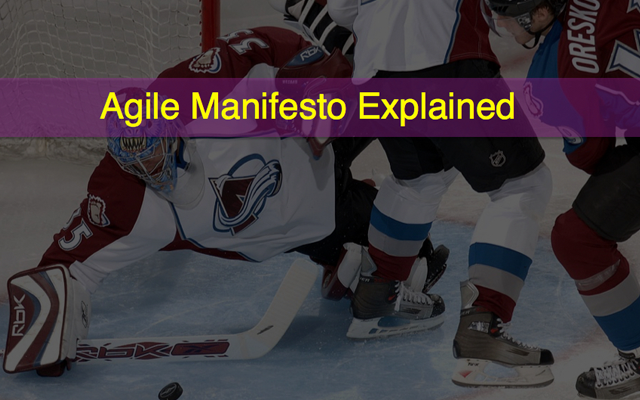 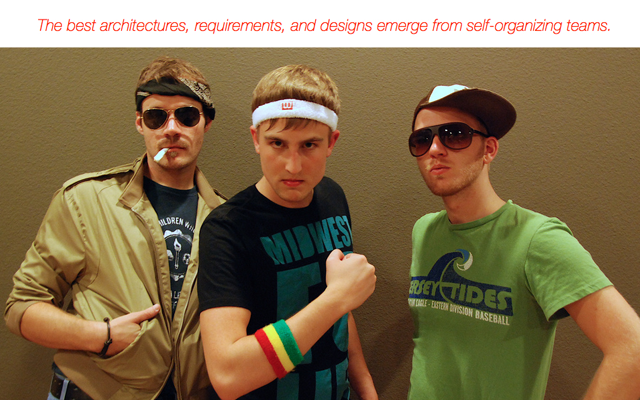 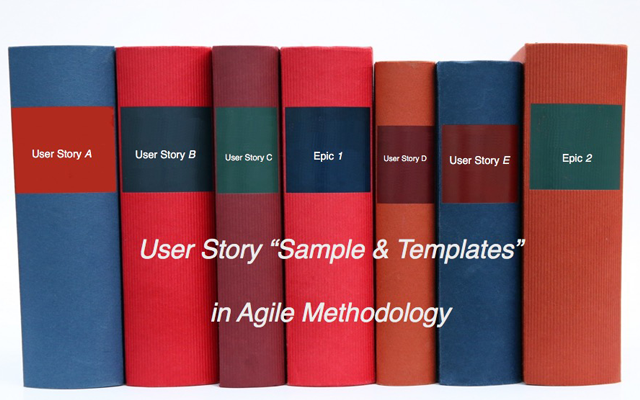 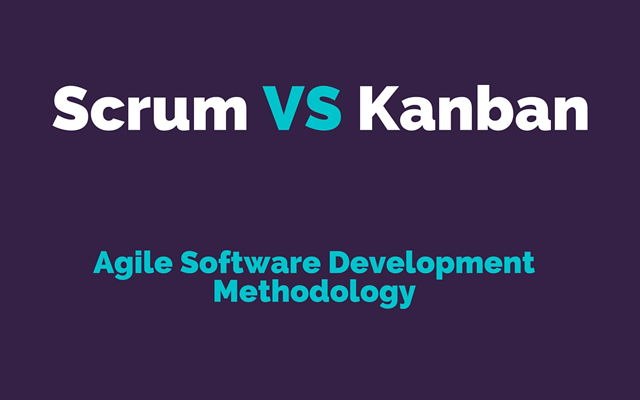 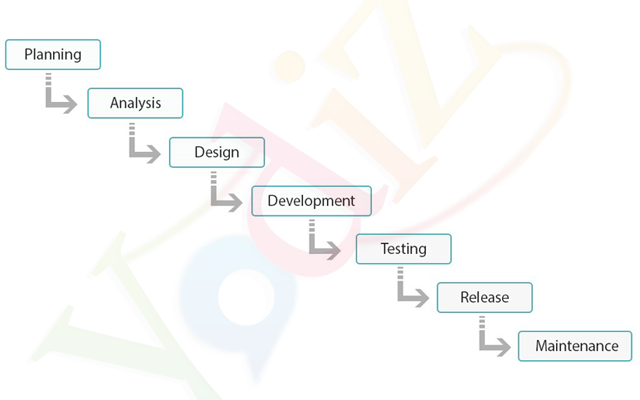 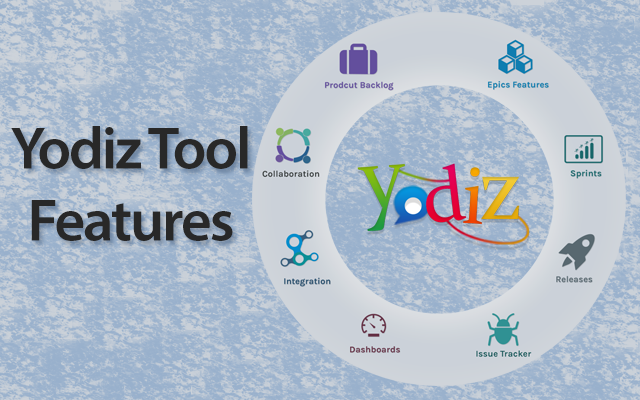