Definition of done (DoD) is the checklist to ensure product quality of your deliverables. It avoids awkward situation for team during the sprint demo.
Definition of done is like an IKEA furniture’s manual, which needs to be followed step-by-step to have a desired end product. Failing to do so, will end up waisting time with unexpected results. 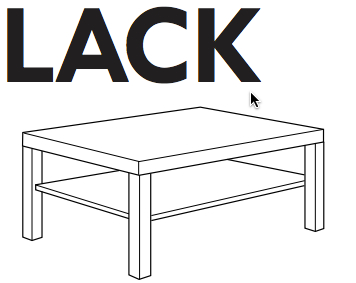 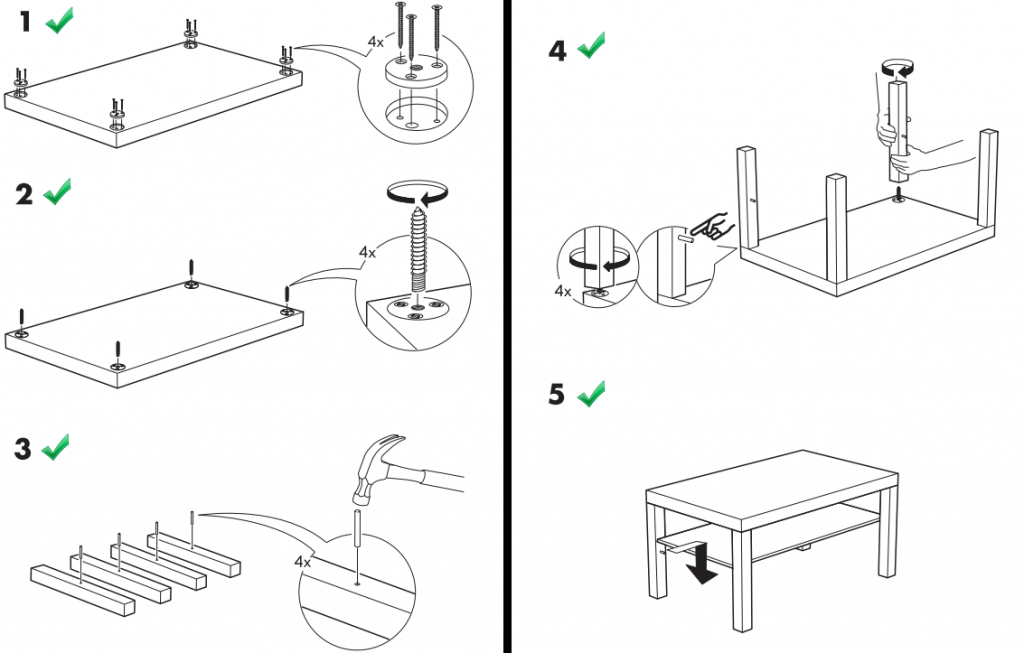 Most perfect and well planned sprint can be ended up like this, if Definition of Done is not to be considered seriously. 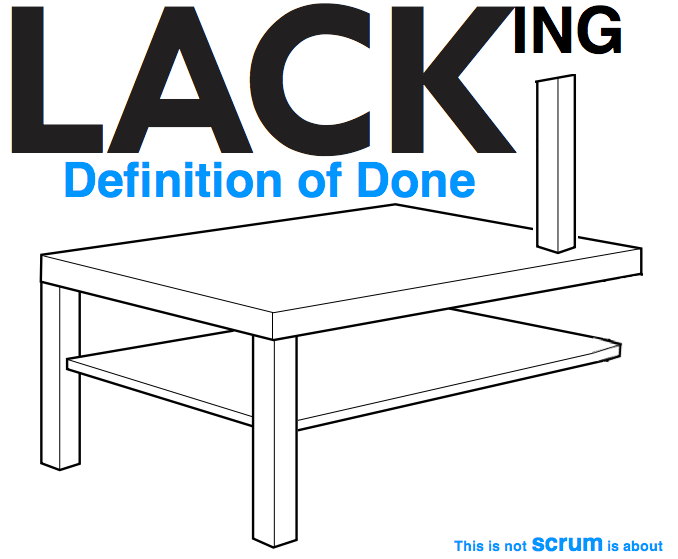 Who needs to enforce DoD?

Definition of done need to be enforced by scrum master during sprint, Scrum Master to make sure that the team put the focus in the right activities and in the end produce the product which is “shippable “.
Even though concept of “Done” is understood as “almost done” by some scrum teams, but almost done is not done at all. The actual definition of done if exist at all, only exist in the mind of “Product Owner” and “Scrum Master”, this is a basic principles where most of scrum team tends to fail. Product owner should carefully craft the Definition of Done, this is a live piece of checklist which need to be updated regularly, Product Owner need to make sure that scrum team fully understand the criteria on which the userstories would be judge and accepted during the sprint demo.

Where it all begins

As “almost done” is not done at all, poor quality of software or unDone User stories, in the end of sprint is not something which scrum team should be blamed of.
Assuming that User stories are defined well by Product Owner, but recipe to combine the different element in scrum are not defined .Well, assuming that there are no emphasis on testing, coding standard, integration testing, UX review, documentation, unit testing etc in scrum, so team will not take under consideration those very important task, when estimating their work, which resulting in poor sprint deliverables.
Definition of done is the recipe for improving quality, all functional requirement is defined in User stories, but the things which bring quality and disciplines is come from DoD.
This is the major activity which judge the quality of your SW and all your reporting for Scrum demo should be based upon

The main goal of Product Owner (PO) is to define and provide the clear checklist to which all the User stories are judge against. So when developer think of estimating task (s)he should estimate considering those activities in DoD checklist, PO need to make it very clear that end of sprint what ever line of code is written will be shippable as a real application to real user.

Main activities in definition of done

Definition of Done Checklist for sprint at Yodiz

Yodiz offers Definition of Done default criteria list. You are free to modify the list and it will persist for your next sprints.

Other Intresting Posts From Yodiz